I’ve been doing Airbnb Experiences for about three years now and they’ve all been extraordinary! Until today. 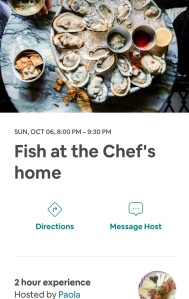 Airbnb Experiences are supposed to be unique activities that locals in the area design and lead. Generally, the host is a knowledgeable and passionate person on the topic and they are hands-on while providing an interactive activity. I’ve done experiences like exploring Celtic mysticism in Ireland, horseback riding and lamb lunch with a farmer in Iceland, a paella making class in Barcelona, and a taxidermy class in London (for real! See my Instagram for some gruesome pics). So I thought a Sardinian fish feast sounded amazing! 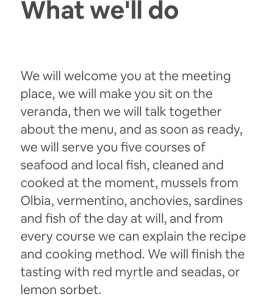 When I arrived at the address provided, I was greeted by two very awkward people and brought into a shelter with dirty sheets draped from the walls. I worried for a minute if these people were going to harvest my organs tonight.

Paola told me this was her “restaurant.”

They had me sit at a plastic picnic table and chair staring at a wall, then brought me plate after plate of mussels.

Paola spoke Italian and some English while Paolo spoke perfect French but only ever asked me if everything was okay. “Ça va?” he asked every ten minutes and in between each course of mussels. I speak all three languages and tried asking them questions, but they didn’t seem comfortable around me, kept leaving quickly and standing in the doorway behind me. 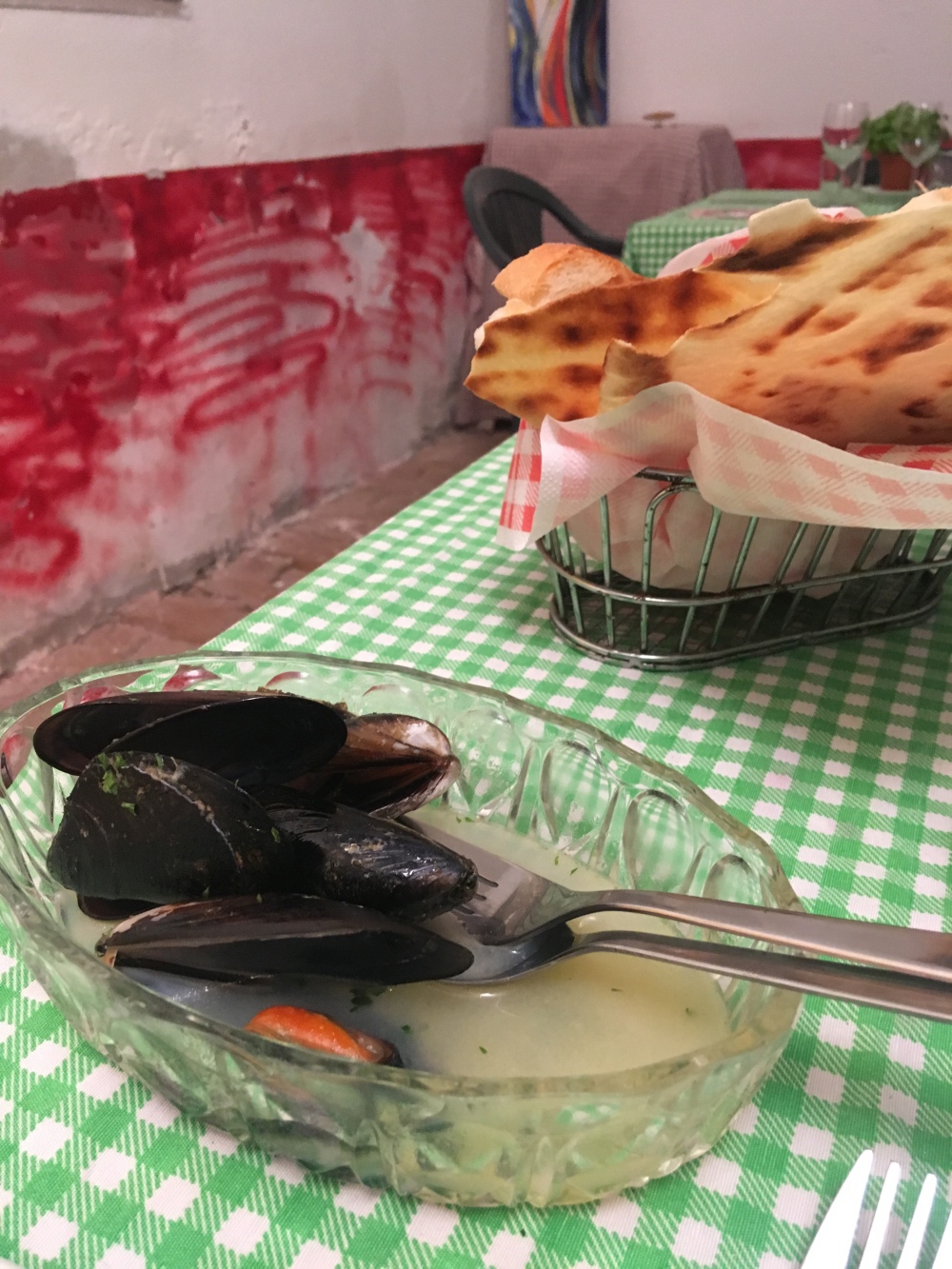 The “chef” called this second plate “mussels prepared another way.”

Fortunately (or unfortunately?) there were a few other courses of different seafood.

Then a giant pile of bait shrimp fried whole. They were tasty but uncomfortably salty. I asked Paolo how to peel them and he told me to eat them whole and then stood in the doorway behind me to watch.

Then it was a plate of deep fried minnows. Also painfully salty. No other seasoning, just lightly floured. These fish are called “lattarini” and some were very bitter. They were fried until they were only crunch and tasted like freeze dried or over-fried bait fish. I left most of these and Paola kept telling me to eat them. I told her I was very full and hoped she believed me.

And finally there was a whole European sea bass or spigola. Paola offered to debone it for me and she did a great job. It was a tasty, plain white fish with very little seasoning and breadcrumbs in the belly.

But wait, there’s more! They wrapped it up with a traditional Sardinian dessert she called a “saeda.” I think she made it fresh – it was a deep fried, cheese-filled ravioli with honey on it. It was simple and tasty.

In the end, it was awkward and weird. I think they were trying really hard but didn’t know what to do with a solo guest. The food was okay but I wish the hosts tried talking to me more. I wish they were a little more human. And I wish they didn’t hang dirty sheets as curtains or use blood red spray paint to slaughter their “restaurant” walls. Maybe I’m being too harsh or judgmental, but in the end it was overall very uncomfortable and the food wasn’t the seafood feast I had hoped it would be.

It’s not going to stop me from doing more Airbnb experiences, this I’m sure of. Maybe it will just inspire me to read more reviews before I choose another similar type of activity.